'Women to Watch: Women Who Make a Difference' ceremony was held at Swissotel The Bosphorus, Istanbul.

Held since 1997 by ‘Advertising Age’, the world’s leading marketing communication publication and organized for the first time in Turkey this year by MediaCat, the ‘Women to Watch: Women Who Make a Difference’ ceremony was held at Swissotel The Bosphorus, Istanbul, on Tuesday, May 14. On this evening organized with the cooperation of Hepsiburada.com, women who make a difference in the worlds of marketing, advertising, business and art and who were chosen as ‘Women to Watch’ received their awards.

The evening began with a speech from MediaCat Editor-in-Chief Pelin Özkan. “I’m very proud to host you this evening,” began Özkan, and added;

“Held for many years by Advertising Age solely for the American business world, Women to Watch has recently taken on a global dimension. One of the first steps in the ceremony’s globalization is being taken right now in Turkey, under the leadership of MediaCat.”

Joining Pelin Özkan as host was Advertising Age Editor-in-Chief Abbey Klaassen. During her speech, Klaassen talked about the development of Women to Watch from the day it started until the present and she described the “Women Who Make a Difference” with the following statement: “She’s a leader, a marketing innovator. She’s someone who’s done many wonderful things yet has many other accomplishments ahead of her, which makes her someone worth watching in the years to come. We believe that these women will take the industry further and make marketing a more effective and interesting discipline.”

The founder of Hepsiburada.com (one of the biggest online shopping websites in Turkey), the sponsor of the event and the Chairwoman of Doğan Online and Doğan Gazetecilik, Hanzade Doğan-Boyner, also gave a speech. “Global organizations like ‘Women to Watch’ are a significant driving force in establishing equal representation of women in society from the time of education to employment, drawing attention to the increasing number of successful women in business and helping bridge the gap in gender inequality statistics,” she said, drawing attention to the fact that events like Women to Watch strengthen the role of women in society. Hanzade Doğan-Boyner finished her speech by thanking MediaCat and Advertising Age. “I extend my gratitude to MediaCat and Advertising Age for bringing this important event to Turkey. We are once more reminded that women do not stand alone.”

The guru of public relations

The life story behind a successful image like this obviously cannot be an ordinary one. In fact, the word “ordinary” could never be used to describe Betûl Mardin’s life. Who would’ve guessed that a girl who stuttered until she started elementary school could be described as the guru of a profession that requires expertise in the art of speech, not only in Turkey but around the world… After graduating from the Arnavutköy High School for Girls (today’s Robert College), Betûl Mardin embarked on her career as a journalist in 1955. She later successfully completed BBC’s six-month television production course in London in three months, and in 1968 founded the TRT Play Section in Ankara. She left TRT that same year. This was due to the fact that she was heavily longing for her children… In an interview, Mardin described those days as, “I went to Istanbul to look for a job, because that’s where my kids were.” After receiving an offer from Ahmet Dallı, the Akbank Chairman at the time, she started to work as Turkey’s first public relations specialist. When she received this offer, which was perhaps the turning point in her life, she was 40 years old.

Female or male, this is an age that many people wouldn’t even think about, let alone dare, to start a new beginning.

Mardin also served as the president of the Turkish Association for Public Relations, working to promote Turkey in the international arena between 1976 and 1982. Later, together with Alaeddin Asna, she established A&B, known as Turkey’s first public relations company. In 1984, she left A&B and founded her own company, Image PR.

Noted also for the innovations she brought to the profession, her leading role in helping women make a name for themselves in the business world as well as for her advice on living life to the fullest, Mardin is one of the few people who have managed to have an academic career alongside a professional one without attending college. Having occasionally taught at both Istanbul University and Boğaziçi University, Mardin is still a lecturer at Istanbul Bilgi University’s Faculty of Communications.

“Who would’ve guessed that a girl who stuttered until she started elementary school could be described as the guru of a profession that requires expertise in the art of speech, not only in Turkey but around the world…” 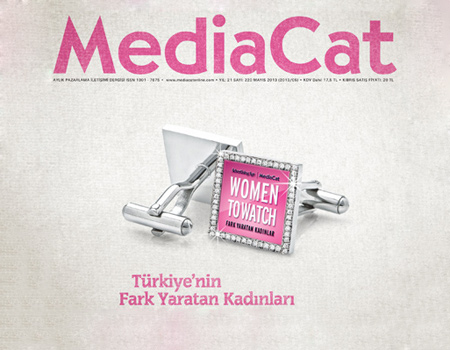 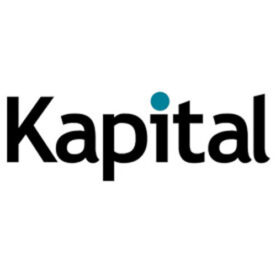