The social network secretly hired a PR firm to plant negative stories about the search giant, The Daily Beast's Dan Lyons revealsa caper that is blowing up in their face, and escalating their war.

The social network secretly hired a PR firm to plant negative stories about the search giant, The Daily Beast’s Dan Lyons reveals—a caper that is blowing up in their face, and escalating their war.

For the past few days, a mystery has been unfolding in Silicon Valley. Somebody, it seems, hired Burson-Marsteller, a top public-relations firm, to pitch anti-Google stories to newspapers, urging them to investigate claims that Google was invading people’s privacy. Burson even offered to help an influential blogger write a Google-bashing op-ed, which it promised it could place in outlets like The Washington Post, Politico, and The Huffington Post.

The plot backfired when the blogger turned down Burson’s offer and posted the emails that Burson had sent him. It got worse when USA Today broke a story accusing Burson of spreading a “whisper campaign” about Google “on behalf of an unnamed client.”

But who was the mysterious unnamed client? While fingers pointed at Apple and Microsoft, The Daily Beast discovered that it’s a company nobody suspected—Facebook.

Confronted with evidence, a Facebook spokesman last night confirmed that Facebook hired Burson, citing two reasons: First, because it believes Google is doing some things in social networking that raise privacy concerns; second, and perhaps more important, because Facebook resents Google’s attempts to use Facebook data in its own social-networking service.

Like a Cold War spy case made public, the PR fiasco reveals—and ratchets up—the growing rivalry between Google and Facebook. Google, the search giant, views Facebook as a threat, and has been determined to fight back by launching a social-networking system of its own. So far, however, Google has not had much luck, but Facebook nonetheless felt it necessary to return fire—clandestinely.

Here were two guys from one of the biggest PR agencies in the world, blustering around Silicon Valley like a pair of Keystone Kops.

At issue in this latest skirmish is a Google tool called Social Circle, which lets people with Gmail accounts see information not only about their friends but also about the friends of their friends, which Google calls “secondary connections.” Burson, in its pitch to journalists, claimed Social Circle was “designed to scrape private data and build deeply personal dossiers on millions of users—in a direct and flagrant violation of [Google’s] agreement with the FTC.”

Also from Burson: “The American people must be made aware of the now immediate intrusions into their deeply personal lives Google is cataloging and broadcasting every minute of every day—without their permission.”

Chris Soghoian, a blogger Burson offered to help write an op-ed, says Burson was “making a mountain out of molehill,” and that Social Circle isn’t dangerous.

Soghoian asked Burson directly what company was paying the agency to spread this stuff around. Burson wouldn’t say. Miffed, Soghoian published their email exchange online. You can see it here.

USA Today looked into it, but decided the claims were exaggerated—at which point, Goldman ran for cover. “After Goldman’s pitch proved largely untrue, he subsequently declined USA Today’s requests for comments,” the paper reported.

The mess, seemingly worthy of a Nixon reelection campaign, is embarrassing for Facebook, which has struggled at times to brand itself as trustworthy. But even more so for Burson-Marsteller, a huge PR firm that has represented lots of blue-chip corporate clients in its 58-year history. Mark Penn, Burson’s CEO, has been a political consultant for Bill Clinton, and is best known as the chief strategist in HIllary Clinton’s 2008 presidential campaign. 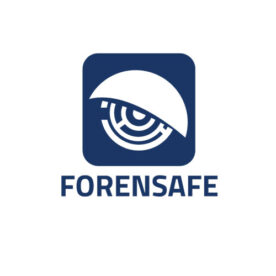